Executive order 321 as drafted by Mike Pence: “Clinical pelvic exams, out-of-wedlock, will be officially replaced by a less intimate procedure, the pelvic prediction. All so-called gynecologists will be deported to Ethiopia, and will be replaced by certified fortune tellers, renamed forunetologists, who will conduct thorough pelvic predictions from a safe distance followed by excessive apologies and a curative prayer session. 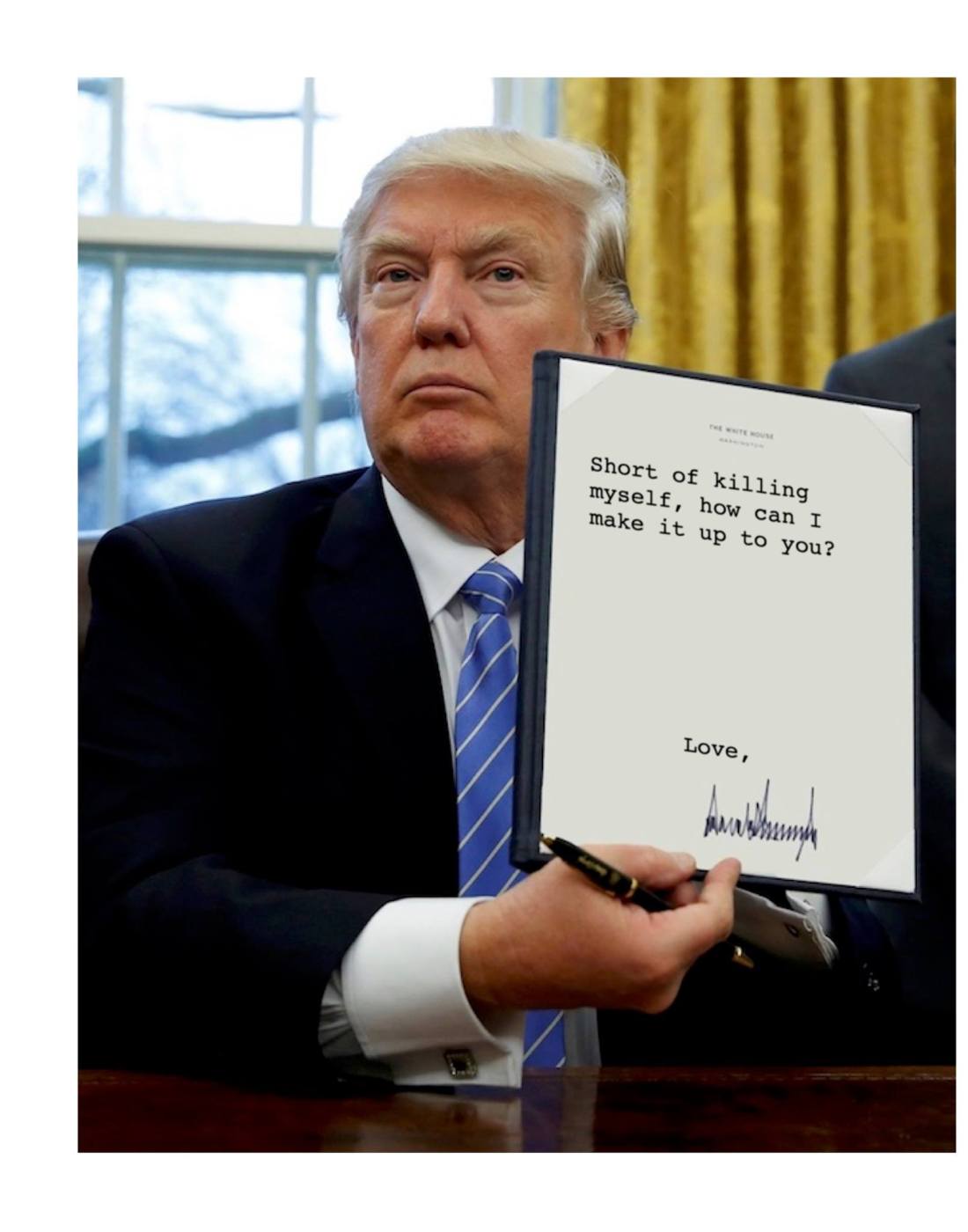 OMG, this is really crossing the line:  #666 The new executive order that requires that any citizen with one or more ancestors who originally came here in chains be deported by containership to the closest nation in which any or all said ancestors were originally sold. Beverages, doritos, and planters fiesta flavored nut mix will be provided onboard for a fee. To determine provenance, HHS will collect DNA samples at all federally funded schools, libraries and museums.